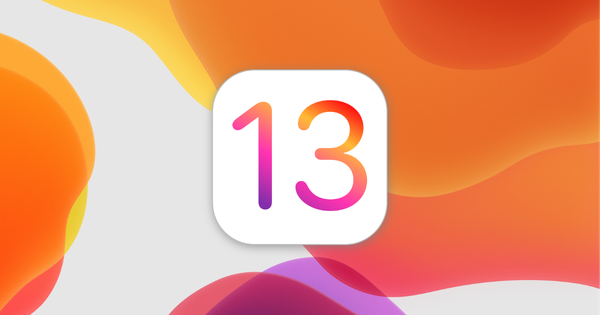 Apple announced loads of new updates to its iPhone operating system at WWDC in June. One of the biggest surprises was that iOS 13 won’t appear on the iPad, which gets its own iPadOS. But both platforms will see plenty of new features and design tweaks, which we outline in this article.

As well as iOS 13 and iPadOS, the company also announced updates to macOS, the Apple Watch’s watchOS and Apple TV’s tvOS. For a comparison with last year’s iOS update, see iOS 13 vs iOS 12.

When is iOS 13 available?

The iOS 13 Public Beta is available right now for those that want to preview the software ahead of release. But bear in mind that this is test software and may not function optimally (indeed, one of our colleagues found that the first iOS 13 beta stopped the Messages app working, which is reasonably catastrophic).

Most people would be well advised to wait until the public launch of iOS 13.0. You’ll be able to download it for free on compatible iPhones from September – roughly a week after the new iPhones are announced, which is likely to happen on 10 September.

Which iPhones are compatible with iOS 13?

Can your iPhone run iOS 13? It will be available on iPhone 6s or later (including iPhone SE). Here’s the full list of confirmed devices that can run iOS 13:

The late-2019 iPhones will also run iOS 13 (it will be preinstalled) but we don’t yet know what they’ll be called.

Apple announced a heck of a lot for iOS 13, and further features have been discovered as users get to grips with the beta. Here, we’ve broken them down by headline feature or first-party app.

Craig Federighi, SVP of Software Engineering, said on stage that iOS 13 will bring:

Take these numbers with a pinch of salt as they will be rounded, and the speed claims will apply to specific models of iPhone – whichever are most favourable to the numbers. But all devices will benefit from some performance improvements.

The showiest new feature in iOS 13 is a system-wide Dark Mode, something that isn’t ubiquitous on Android phones. Apple showed how it works across the operating system and throughout its first party apps – Messages, Photos, Mail – they all take in a dark theme to give a unified black look to your iPhone.

It’s a small thing, but it will make your phone feel like new for a while. And if you have an iPhone with an OLED display (iPhone X, XS or XS Max) it’ll actively save you battery life, as OLEDs work by lighting up pixels. Dark parts of display mean less energy used. Hooray!

Dark Mode won’t automatically work with third-party apps: it’ll be up to developers to build in compatibility. You can be pretty sure that absolutely all the major players will do this, however, so fear not.

When built in, even if you’re using a service for the first time, you’ll be able to confirm your ID with Face ID or Touch ID to sign in with a new account using just your Apple credentials.

The winning feature here is the option whether or not to share your email address with the app – you can select no, and Apple will create a unique random email address assigned to you to cover it. It’s positively privacy minded, and great news for you.

Since the announcements in June, Apple has added another headline privacy-focused feature to iOS 13’s armoury: VoIP calls from apps such as Facebook Messenger and WhatsApp will be restricted in the way they can run in the background to prevent them from collecting user data

Taking a page out of Android circa 2013, the Apple default keyboard now supports swipe typing. About time, too!

Safari will get small updates to include quick options to change text size and adjust preferences for specific websites.

Real-time lyric playback for supported tracks is now built into Music, whether you’re using Apple Music streaming or playing from your downloaded library.

Notes will get a lot more useful in iOS 13 with a better interface and options. Where it has been feature-light it will get a great Gallery view and proper folder system with tagging to help you archive better.

The Reminders app has been rightly given some love. We’ve found its interface confusing and unhelpful, so Apple has given it a full overhaul with smart lists, a better layout and organisation options, plus people tagging which syncs with Messages for collaboration.

Apple had a PR disaster when it launched its terrible v1 of Maps, so it’s good to see it seemingly get even better in iOS 13. Apple claimed its cars have driven four million miles to collect better road, terrain and building data.

You will also get things like favourites and collections to group routes and frequently used searches, while Lookaround is an Apple version of Google’s Street View.

As well as getting a lick of dark paint with the rest of the Apple apps, Messages got an update to include something a bit more fun (or annoying, depending on your opinion) in Memoji and Animoji integration.

You can add your Memoji or Animoji to your contact card and see your contacts’ better in the app.

Memoji stickers will let you send Bitmoji-esque stickers of your face to anyone with Messages, but Apple says it will work with third party messaging apps like WhatsApp. It also said these stickers will work across all iOS devices with an A9 chip or later (iPhone 6s and above).

A small update to portrait lighting will give more granular control to existing presets, while adding a new one to let you get better results, we hope – portrait lighting has not been great since its introduction on the iPhone 7 Plus.

The Photos app will let you easier edit your snaps within the app. As well as saturation, brightness and contrasts, Apple says it’ll be adding more to tweak your photos without having to use third party apps like Snapseed or VSCO.

A big woop went up in the keynote when Apple confirmed you’ll be able to rotate video, a problem you probably don’t realise you have quite often. You will also be able to apply filters and effects to videos in iOS for the first time.

You’ll also be able to view photos by year, month or day, all with better auto play and presentation to bring your photos to life within the app, as well as supposedly surface memories better.

Locations services will be more granular as they are in Android. You will be able to share location just once if you want, and the app will have to ask you for permission to share every time after – with the option to deny, of course.

It’ll also build in background tracking alerts and apparently apply better Wi-Fi and Bluetooth protections for location sharing, but Apple didn’t specify in the keynote how this works.

A couple of new features will come to AirPods if you upgrade to iOS 13. Siri will read you incoming messages and, with Announce Messages, let you reply without using any trigger words. This cool feature will be available for third party messaging apps too.

You’ll also be able to share audio between iOS 13 devices with a tap, playing audio to two pairs of AirPods.

Finally, iOS 13 on iPhone will let you HandOff audio to your HomePod and vice versa. This will work for all audio including phone calls.