iWatch Saves a Woman and Her Baby After a Car Accident 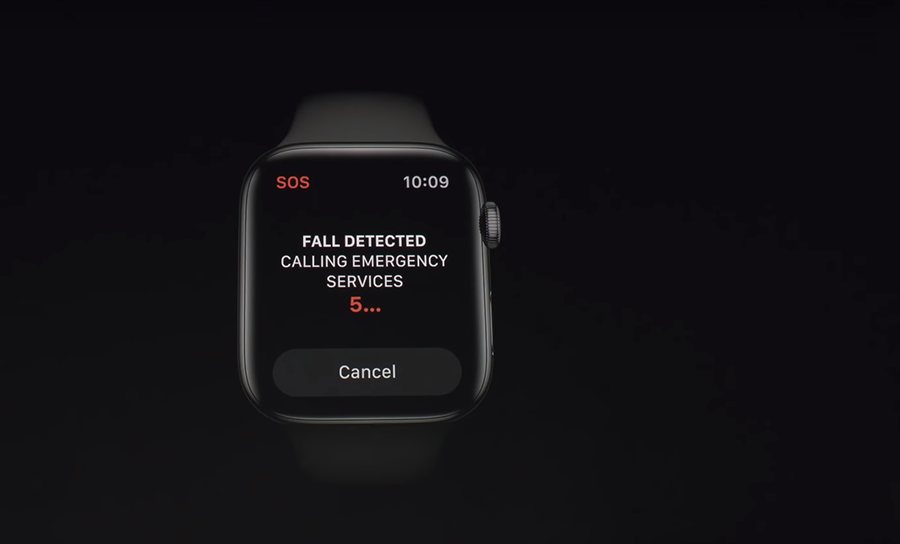 Beyond its health and fitness tracking capabilities, one simple, yet life-changing, feature of the Apple Watch is the ability to send and receive texts and calls from your wrist, even when your iPhone is nowhere to be found. But as one woman’s story proves, the ability to connect to your phone through your watch also serves a much more important-and potentially lifesaving-function.

Kacie Anderson, a 24-year-old from Hannover, PA, used the watch’s SOS feature to call for an ambulance after suffering injuries from a car accident late last year. As Anderson recently shared in a letter to Apple, she was stopped at a red light with her 9-month-old baby when her car was struck by a drunk driver. She wasn’t able to reach her phone after the collision-but she was able to use her watch to get help.

“The moment he hit us everything inside the car went airborne. My face took a horrible blow to the steering wheel, headrest, back to the steering wheel, and then to the window. I blacked out for about a minute and could not see. My eyes were wide open but all I saw was black,” Anderson shares exclusively with Shape. “My hands flew around to feel for my phone and then I realized I had my watch on and commanded it to call 911.”

With the SOS feature, as long as your phone is turned on and nearby, users can either press and hold the side button on the watch and wait for an alert to sound, or drag a slider on the watch’s screen to have the Apple Watch automatically call 911, or the local emergency number if you’re outside the U.S. On the latest Apple Watch Series 3 model with built-in cellular, you can use a cellular connection to make an SOS call even if your phone is turned off or not with you. You can also set up emergency contacts so that your friends and family are alerted with a text message and your current location after your emergency call ends.

The SOS feature was highlighted in the company’s “Dear Apple” commercial, where real users-including one man who also used the watch to call 911 when he was trapped after a car accident-shared how the watch improved their lives. (Other users credit the watch’s heart-rate feature with saving their lives.)

While Anderson’s son only suffered bruising and scrapes, her own injuries were more serious. “The ambulance arrived and immediately put me on a stretcher and stabilized my neck and back. I had a severe concussion that caused dizziness and confusion for several weeks, and drainage from my ears and nose because my brain was swollen. My neck has two ruptured muscles, and I now have two bulging disks that I am still seeking treatment for,” she says.

Anderson shares that in the two years she had been wearing her watch constantly as a lacrosse and basketball coach, she never had to use the SOS feature, but she credits it for “saving” her and her son. “I feel so blessed that I had my Apple Watch on.”